What does my home insurance cover in case of natural disasters?

The storm Filomena has been the great news in recent weeks and has made some Spanish people have fun in the snow, but others have seen how their homes and cars have been affected by this great storm.

Filomena has created a problem for a large part of Spanish citizens, who have woken up in the morning with the roofs of their houses and cars damaged by snow. Even the roofs of houses that were split due to the various trees that fell during the storm.

The passage of the storm Filomena has left its mark in almost all of Spain, since great storms are observed, both snow and ice, as well as low temperatures. This storm has caused the largest snowfall in Spain in the last century, several cities such as Madrid where snowfall is not common, certify it. Large amounts of snow and several trees and cornices knocked down due to the weight of the snow, have been some of the damages caused.

Because of this, many Spanish citizens wonder what role a home insurance has in covering the damage caused by the storm Filomena.

How can natural disasters affect our homes?

We all know that natural disasters generally include tsunamis, snowfalls, earthquakes, floods, droughts, volcanic eruptions, and landslides, among others. As a result, there are thousands of affected people. Similarly, numerous material damages are generated that produce large economic losses, both in homes as in businesses, industries, among others. Spain, specifically, throughout its history has faced hundreds of natural catastrophes where, at present, the storm Filomena has appeared causing historical havoc.

The passage of the storm Filomena in much of the country, has caused considerable damage to our homes, as a result of snow and rain. Where houses have been damaged and then when the snow melts, it has produced flooding that causes extensive damage to structures. Material damage that, in general, we are not used to suffering and having to claim.

How does home insurance cover a natural catastrophe?

Although preventing a natural disaster is out of our hands, making sure that both our home and our family are prepared can help us mitigate its effects and thereby reduce human and material damage. For this, it is vital to have home insurance that covers us against natural disasters, such as the storm Filomena.

The damages caused by the storm Filomena, both in buildings and in houses, are covered in most cases by private home insurance.

However, the first thing that the affected person must know are the conditions of the home insurance they have taken out, in order to know what elements are covered and under what conditions. In the case of blinds and glass breaks, they are generally covered by home insurance. Likewise, damage to water pipes that freeze due to snow is covered.

The most usual thing is that a home insurance covers material damage caused by rain, wind, flood or snow, as well as cleaning costs.

On the other hand, insurance companies suggest gathering as much documentation as possible, such as some photos and videos of the damage that has been caused. This should be done mainly when, due to the current situation, it may take several weeks for insurer experts to go to examine the impairments in person.

What types of damages do insurers not cover due to the storm?

However, in the event that an area the insurance company considers as "extraordinary damages" or "force majeure" the effects of the storm Filomena, the damages could be assumed by the Insurance Compensation Consortium (Consorcio de Seguros). This as long as the affected person has a home insurance. From each home insurance premium, a small amount is automatically paid to this Consortium. Unfortunately, according to statistics, 30% of households in Spain do not have a home insurance. So those households will not be able to count on those benefits.

On the other hand, damage can also occur due to the storm that affects the common areas of residential buildings and that the own insurance does not cover it. In this case, the insurance that has been contracted by the community of owners of the building will act and will establish whether or not it covers these damages. Here you will see the cornices, the roofs, as well as any element of the facades of these buildings.

How do I check if my home insurance covers damage to my home due to the storm?

Home policies indicate which risks they cover and which risks they exclude. Each insurer can write their policies in various ways. However, we must find out if the home insurance covers the damage in its sections that indicate the risks covered, as well as in the coverage included or excluded.

On the other hand, it is possible that, in the clause of the included coverages, there is no mention of the damage we are looking for, but that it is excluded by the clause of excluded risks. In this case, it is important to read the two clauses exhaustively.

If when reading the contract, you have doubts as to whether the damage caused is covered or not, it is advisable to call the insurance company or make the consultation online.

What happens if storm damage has occurred in my home?

Because of the storm, it can happen that a pipe in your home explodes or that there are breaks in the heating system due to the contrast with the external cold or even that a tree being on my property falls and hits my own home. Is it possible to claim these damages to home insurance, in these cases?

Well, in the event that the pipe that has broken belongs to a community branch, the expense must be covered by the community. Similarly, if the element that causes the damage (in this case the tree) belongs to the home, the expense is for the owner.

Based on the latter, it must be seen what home insurance we have and whether or not that damage is covered by the policy. In the event that the loss is not covered by the coverage, the owner will be the one who will bear the costs of that repair.

Is it possible to claim any damage caused by the storm from medical insurance?

Yes, in the event that any person who is on the public road and suffers an injury as a result of a fall on an avenue that is full of ice or that a neighbor falls off the ledge and causes a serious injury.

When the damages have been to people, such as in the aforementioned cases, the private health insurance of the affected person may act, if they have contracted it. Both public health care and private healthcare insurance can cover any contingency caused by snow or frost.

On the other hand, a complaint can be filed with the corresponding town hall, if the person considers that the road was not in good condition.

Could my health insurance cover the damages of the storm Filomena?

Due to this natural phenomenon, which has caused material damage and several victims, the insurance sector has responded to the emergencies of those affected by the storm in a timely manner. To this end, special attention lines have been established for those affected, activating all the pertinent emergency protocols.

On the other hand, General Counsel of Insurance Agents suggests to all those who have suffered material or personal damage to contact their insurance agent as soon as possible. This in order to be able to solve these types of claims in a fast and organized way.

Want to know more about home insurances and receive a free quote? Then fill out the form in the following link.

Ask for a free quote » 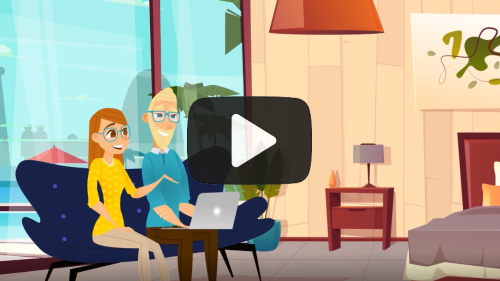 × Home About us Insurances A-Z Insurance quote News Customer experiences Did you know? Mortgages Report a claim Blog Contact us!

Do you need help?

If you have questions, feel free to contact us without any obligation!